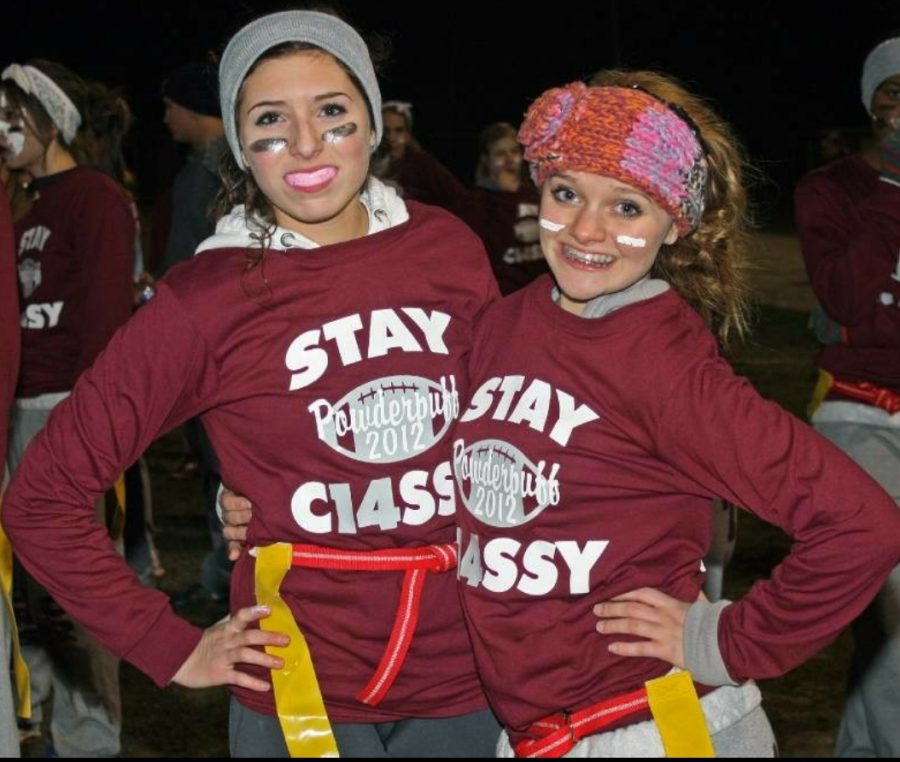 In the ‘Boro tradition of Powderpuff, senior and junior girls face off in a game of flag football, with the boys as their cheerleaders.

This game did not happen the last couple of years because the seniors did not want to play at a different field, which is what Principal James  Hogue had tried to encourage.

Finding people to supervise the game had also become a challenge before the tradition came to a halt.

It was also unorganized and no one took the initiative to keep the tradition going, Ingle explained.

The game’s return features a few changes, however. Instead of taking place in the fall, on a Friday night, it will be played in the spring, on a Saturday, during the day.

It is during the day because “it makes it easier for more people to go,” Ingle said.

She is hoping it will eventually return to a Friday night event, she said, but for now, it is easier in the day.

Another change is that   players will have to pay $5, and anyone coming to watch will pay $2. Proceeds will benefit prom.

This year, the boys will also be Rowdies and coaches instead of cheerleaders. These changes were made, Ingle said,  because in today’s society, it is inappropriate to dress as a girl, since it could be considered a form of mocking those who struggle with their identity.

Some of the boys said they do not mind only being able to coach or cheer as Rowdies.

Senior Jared Tuma said he is still looking forward to coaching and cheering on the girls. He is excited to coach the girls in the sport he loves, he said, and would rather be coaching than cheering anyway.

“I am most excited for the competition on the field,” Tuma added.“It will be awesome to be the first senior class to win on our new turf.”

Tuma said he is also happy that although the football team did not get to play first on the new field, the senior girls will be the first to try it out.

Hogue said that in order to play in this game, students must be in “good standing” with the school.

“This year, we will have a rules meeting a few days before the game,,” Hogue explained.

He said he is hoping for a clean, safe game from both the senior and junior girls, and would like for this tradition to continue.

A number of students are still looking forward to playing, though, and will not let the changes ruin their enthusiasm about the game’s comeback.

Senior Amanda Huffman said she is excited to playing in the nicer weather, and though she feels it would be better and more comical to have male cheerleaders, is happy the players will have support from Rowdies.

Ingle is also playing in this game, and said “I’m excited for this to be an opportunity for my class to bond, because we don’t bond a lot at all. I feel like this will bring us together, and give us something to look back on when we’re seniors.”

Junior Ciera Crawford also said the game will be a good bonding experience, since the junior class is not yet as close.

For more information on the game, contact the senior and junior class presidents, Sidney Grimm and Ravleen Ingle.