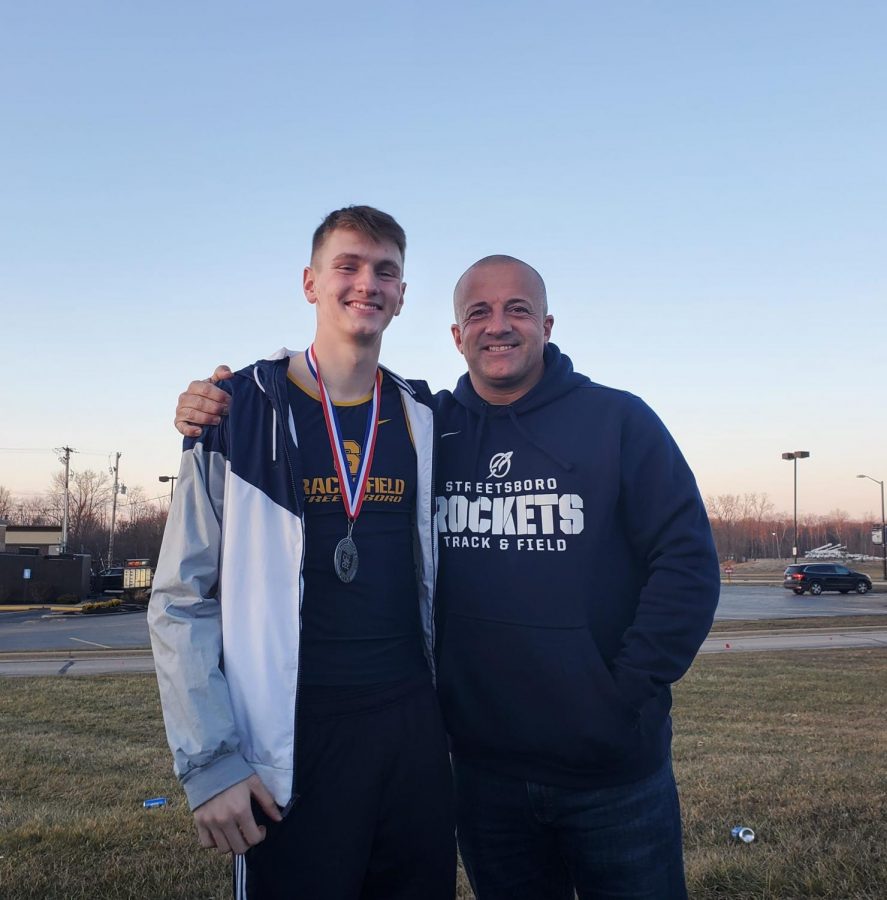 Senior Ethan Schuster finished as Division 2/3 state runner up in the 400m with a time of 49.79 at the state meet for indoor track, held at SPIRE Institute and Academy in Geneva.

“I was very happy about my performance at states,” Schuster said. “I still wish I had beaten Daesean [Evans, from Glenville] who is the only person who beat me, but overall, still very proud of what I did.”

Though Schuster said he likes the feel of indoor events, he favors outdoor track because he enjoys running with a team, rather than just himself.

“I admire his commitment and work ethic,” Kidd said, “his willingness to be a team player and his leadership that he has taken on the last couple years.”

Due to COVID, Schuster missed out on outdoor track his junior year.

“I was understandably upset about losing last year, since we would’ve had one of the best team lineups Streetsboro has had in a long time,” he said, “but I think it made me work even harder for this season, just anticipating what comes next and competing while I’m in my best shape.”

Another challenge Schuster has encountered is figuring out which events fit him best while making sure he does not burn himself out.

Schuster also hopes to run the 100 meters in under 11 seconds.

He also made it at exactly six feet in high jump at the first outdoor meet this year.

Schuster plans to continue his track career at Ashland University in the fall. The school has won many NCAA titles in the last several years. He said he is excited to have the privilege to run in college because some people never get the chance.

“I believe that he will continue down this path of success and will have a great career at the next level,” Kidd said.