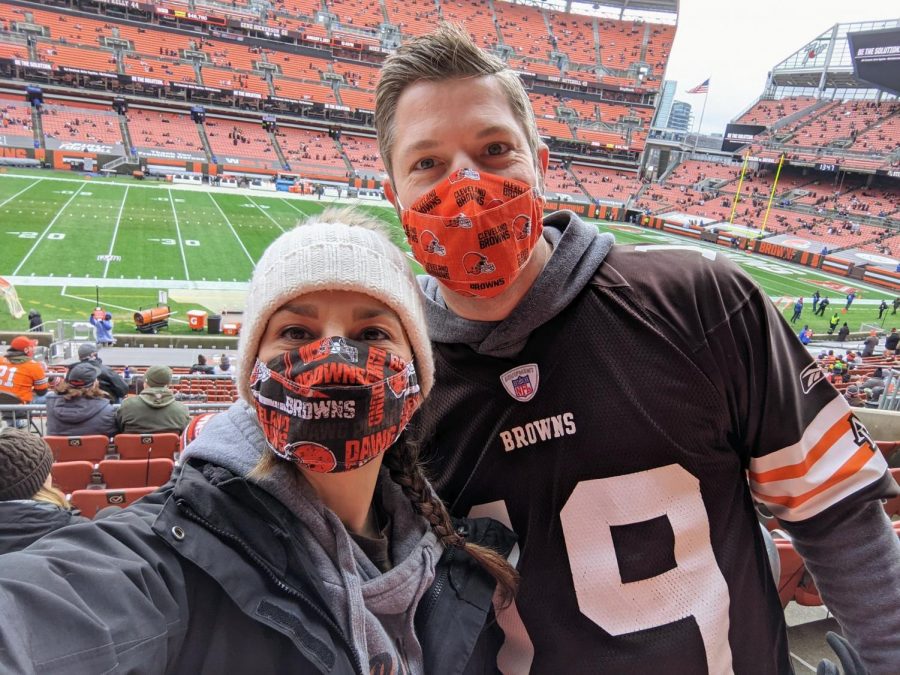 The Cleveland Browns finished their 2020 season with an 11-5 record. This was their first winning record since 2007, when they went 10-6.

This past season made for the best record the Browns have had since 1986, so fans have higher expectations for them in the near future.

Fans all around the area are excited for what is to come for them and cannot wait to see. Sophomore Colby Benjamin has been a big Browns fan all of his life. “We are going to be even better next season,” Benjamin said. “We have great running backs, pass coverage and receivers. Plus, we will have Odell [Beckham] next season, and if he learns how to play alongside everybody else, we’ll be really good.”

The Browns are a solid team right now and many believe if they continue to get better they will soon be Super Bowl contenders.

Guidance counselor Ira Campbell is another Browns fan here at SHS who is feeling positive about the future of the franchise.

“I think the future is very bright,” he said. “There is a lot of returning talent and the culture seems to have shifted to a positive winning one.”

“My husband and I are always crazy hopeful for every Browns season,” she said. “We go to the home opener every year and are always filled with hope that the Browns are going to have the best season ever. This year, the Browns just actually played to our expectations.”

With the team becoming better and more fun to watch, people have been more excited to attend games lately compared to the past several years.

Both Campbell and Romance were in attendance at the January 3 Steelers game this year.

“The best experience was the game where they clinched the playoff birth,” Campbell said. “Even though there were only 12,000 [people] compared to the normal 65,000, there was a lot of excitement and energy.”

Even with just 18% of the usual capacity allowed in attendance due to COVID restrictions, games were exciting for Cleveland.

“I will never forget watching Baker in the middle of the field, holding the ball and looking around at the few, but very proud fans in the stands going crazy,” Romance said.

With hopes that by next season the restrictions on tickets will be back to normal, there could be another level of excitement coming for the Browns.

Big factors for the team include Mayfield, who threw for 3,563 yards and 26 touchdowns.

“I think under Stefanski’s offense, Baker thrives,” Romance said. “The style of offense fits Baker’s strengths and he showed what he can really do while playing inside of it.”

She also said she believes the Browns’ running ability will help them a lot as well.

“Chubb and Hunt are a two-headed monster in the running game and were a real threat this year,” Romance noted.

Nick Chubb, with 1067 yards and 12 touchdowns, played alongside Kareem Hunt, who had 841 yards for six touchdowns.

“It provided opportunities for us to spread the ball and make some big plays,” Romance said. “Also, they are the kind of guys that will not go down after the first hit, either.” Campbell credited some of these same players for the team’s success. “…There are the big names: Baker Mayfield, Myles Garrett and Nick Chubb,” he said. “I think the offensive line had one of the biggest impacts this year.”

Myles Garret, who is still pretty early in his career, is a defensive end for the Browns. He had 33 solo tackles with 12 sacks and four forced fumbles.

“Myles is just an amazing player and a great leader,” Romance said.

Cleveland’s offensive line had exceptional blocking this season, which made it possible for  Mayfield to only get sacked 26 times, which is Top 8 in the NFL.

The team seems to be headed in the right direction and all of its fans will be waiting to see what the future holds.